My name is Gail and I became an “ARMY” around the time Dynamite came out, I was walking past my daughter’s room, she became an ARMY after One Direction broke up, she was playing Dynamite. I stuck  my head into her room and asked her who was singing.

They are a Korean Group named BTS, I was like oh really? I closed her door and cam downstairs opened up my lap top and typed in BTS, I was just curious as to who they were and their names, that was it.

I went to YouTube and started watching their videos, then I started to learn more and more about them, and before you knew I became “ARMY” didn’t realize that I was actually considered a “Noona”, at first I felt kind of cringey being an “older woman” who could very well be one of their moms. (Oh God did I just say that out loud?).

After about a few weeks I had fallen down the rabbit hole and fell head over heels in love with them, I am a recovering alcoholic and was struggling, they say you find BTS when you need them the most, they ended up saving me from starting to drink again, I fell in love with JHope for some reason he just resonated with me and he became my bias and my bias wreckers are Jimin and Suga.

I started buying box sets, photo cards, stickers anything I could find, me and my daughter bonded over BTS, we watched videos together and watched the muster together we both got up early in the morning and watched it and loved it.

I got a global membership, joined a few groups for ARMY over 40 and made a lot of new friends who don’t think I am weird for loving a group of younger men and they are men..My husband calls them that Boy Band from Korea, I told him they are men and he better watch it or I may just head over to Seoul to take care of them.

That is the story of how I became an “Older ARMY” and I am an ARMY for life.

To BTS, thank you for saving me when I didn’t realize that I needed saving, RM, Jin, Suga JHope, Jimin, V and Jungkook, I purple you!!! You taught me how to love myself. 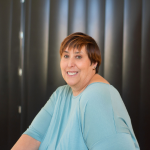